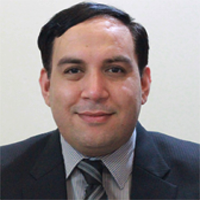 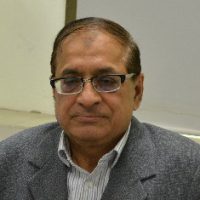 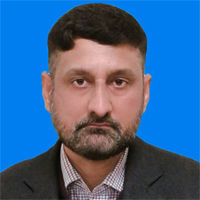 Dr. Muhammad Mahabat Khan has done his Ph.D. in Computational Fluid Dynamics from Ecole Centrale de Lyon, France. He has worked as Advanced Development Engineer in Continental Automotive, France for more than five years. He was rewarded with research grant worth £20,000 at University of Leeds for developing Post Processing Methodology for Turbulent Flows in engines. He is also recipient of research award worth €2.3 million from Continental Automotive, France. His research interests include; Large Eddy Simulation of Turbulent Flows, Modeling and Simulation of Fuel Injection Systems, Multiphase Flows, Heat Transfer Enhancement etc. He is also reviewer of famous International Journals. Currently he is serving as Assistant Professor in department of Mechanical Engineering at Capital University of Science & Technology, Islamabad.

Engr. Dr. Khawar Naveed did BE in Mechanical Engineering from Mehran University. Did M.Sc. Nuclear Engineering, from Quaid-e-Azam University (QAU), Islamabad, and Ph.D. from Imperial College of Science and Technology, London UK. Before joining CUST, he had experience of over 30 years of Nuclear Power Plant Operation, Maintenance and Design/Engineering. He worked as Director General of, responsible of contract negotiations, project monitoring, of Nuclear Power Projects. He has taught various subjects of Mechanical Engineering to undergraduate and post graduate students, in different institutions and CUST. He has supervised Masters thesis, and undergraduate projects. Most of the projects addressed the issues related Nuclear Power Plants under operation in Pakistan. He has four publications. Presently he is working on heat pipes, which has emerged as an effective and established thermal solution, particularly in high-heat flux applications and in situations where there is any combination of nonuniform heat loading, He has also been involved with industrial collaboration. He has been involved in stress analysis of one of the projects of HIT. Various MoUs have been signed with NEECA, HIT, and other industry.

Engr, Saif Ullah completed the MS in Mechatronics Engineering from University of Southern Denmark on Danish Government Scholarship and Industrial Grant from Danfoss, Denmark and BS in Mechanical Engineering from IUT, Dhaka on OIC Scholarship. Currently he is pursuing PhD in Mechanical Engineering from CUST, Islamabad, Pakistan. His research interests are in the areas of Air-Conditioning and Refrigeration, Renewable Energy, and Composites Materials. Engr. Saif Ullah is a fellow of Institution of Engineers Bangladesh (IEB) and registered as a Professional Engineer with PEC, Pakistan. He is member and Student Branch Advisor of ASHRAE, USA. 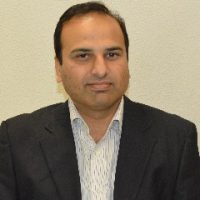 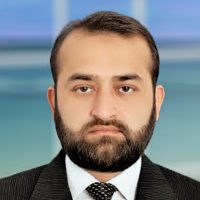 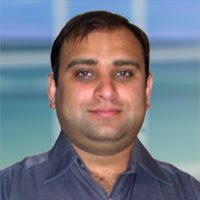 Dr. Salman Warsi has a Ph.D. in Design and Manufacturing Engineering from NUST Pakistan and Masters in Design Manufacture and Management from University of Durham, UK. He is currently serving as Assistant Professor in Mechanical Engineering Department. Prior joining academia, he was associated for six years with Atlas Engineering Limited Karachi Pakistan in the capacity of Assistant Manager (Engineering and Development Department and Aluminum Products Department). He has also worked as Technical Consultant with USAID on improving the productivity of Agricultural Implement Manufacturing Sector of Punjab. He is an active member of Industrial and Manufacturing Research Group (IMRG) of Mechanical Department.

Dr. Salman Warsi received his PhD in Design and Manufacturing Engineering from NUST, Pakistan and Masters in Design, Manufacture Management from University of Durham, UK. He has rich academic and industrial experience. He has been associated with CUST since 2011. In addition to his regular teaching responsibilities, he has been actively involved in the labs development of ME Department. Currently, he is also overseeing the curriculum development and working as Curriculum Coordinator of ME Department. His research focusses on manufacturing processes and system. He has extensively published on Sustainability Based Analysis of Machining Processes. Additionally, he is supervising PhD and Masters students on Sustainable Supply Chain Management (SSCM). Prior to joining academia, he worked with Atlas Engineering Limited (AEL), Karachi, where he worked in different capacities in Aluminium Products and Engineering & Development (E&D) Department. 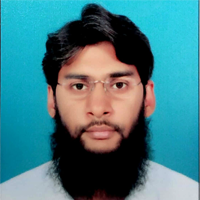 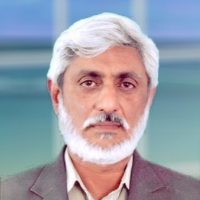 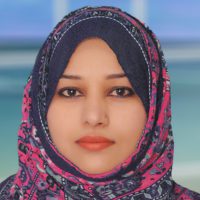 Dr. Muhammad Irfan received his BSc in Mechanical Engineering from UET Taxila and MS with specialization in Thermal Sciences from PIEAS. He pursued his PhD with specialization in multiphase flows, phase change and combustion from Koc University, Turkey. His areas of interest include ThermoFluids, Computational Fluid Dynamics and energy management systems. 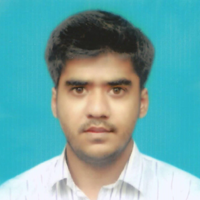 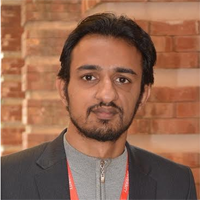 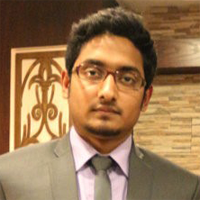 Mr. M Rizwan Siddiqui completed his MS in mechanical engineering from Ghulam Ishaq Khan Institute, swabi in 2016. His area of research was system dynamics and control. Mr. Siddiqui has published his work in one international journal and two international conferences. He is working in academics as a lecturer since the completion of his MS. He is currently a PhD scholar in NUST University, Islamabad. The area of research of his PhD is experimental engine tribology. Mr. Siddiqui is a lifetime member of PEC. 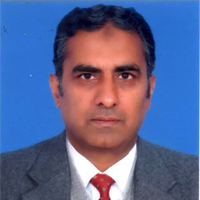 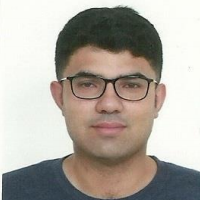 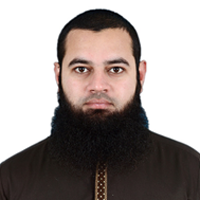 During the last 36 years of service at PIEAS, I have dedicated my career for promoting excellence in academic and research. As Director ORIC, I have organized the National and International Level Summits and symposia with a gathering of more than 600 participants including around 30 foreigners. Also I lead the PIEAS Shell Eco-Marathon Teams in 2015 held in Manila, Philippines and one of our team secured the second runner up position in Asia. I organized TEDx PIEAS in 2016, 2017, and 2018. I have taught around fifty different subject during my career in PIEAS, which is a world record. I was nominated by Rector PIEAS for Sitara-i-Imtiaz in 2018 and Pride of Performance in 2009. Best University Teacher award was received in 2010 from HEC and PIEAS Performance Gold Medal in 2008 from Pakistan Atomic Energy Commission. Also I was awarded Tamgha-e-Baka in 1998. I was shortlist for the interview of Rector PIEAS in 2009 and 2016.

While serving at PIEAS I have performed various managerial duties in different capacities. Dean Faculty of Engineering during 2011 to 2014, Head Department of Mechanical Engineering during 2006 to 2009. During 2007 to 2008 also performed the additional duty of Dean of Faculty of Engineering. I worked as Head Department of Information and Public Relation from 2000 to 2003. From time to time I have been either the convener or member of various committees formed to address day to day issues of the institute. I prepared the summary submitted to the Cabinet for the grant of degree awarding status to the PIEAS. As an expert from time to time peer reviewed PC-I of development projects submitted to HEC. I am a member of National Curriculum Revision Committee of HEC in the field of Mechanical Engineering.

I developed and launched the BSc, MS and PhD programs of Mechanical Engineering. I was involved in the Senior Officers Management Course (SOMC), Advance Management Course (AMC), and Basic Management Course (BM) as an expert to train the participants in the area of Leadership skills, negotiation skills, problem solving, creative thinking, engineering design and R&D management, etc. for the promotion of officers from 18 to 19 and from 19 to 20 grade in the strategic organizations.

I have developed about five new laboratories at PIEAS and supervised experiments in nine laboratories. Throughout my career I have studied on scholarship. I am the first scholar to leave for higher studies on MOST scholarship in 1986, for this I toped the examination and the interview held by the PAEC. I completed PhD in a very short period of three years and nine months from RPI, USA, where generally the time span is five years or more.

I have studied 39 graduate level courses (117 credit hrs). I have supervised more than 175 MS/ MPhil theses and 33 BSc (four year)/ MSc final year projects/ theses. I have published one chapter in international book. I am supervising three PhD students and two have completed PhD. I have published 47 articles in international/ national journals/ conference with an impact factor above 30. As mentioned above, have taught around 50 different subjects. 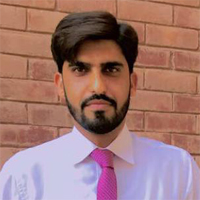 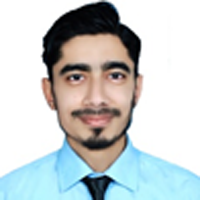 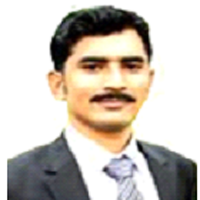 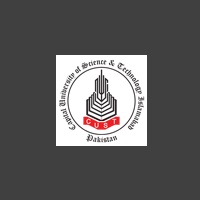 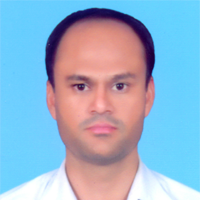 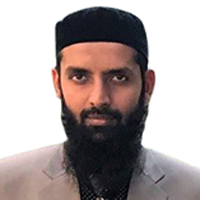 My research work is focused on manufacturing processes of light alloys (Al and Mg) using various casting techniques and analyses of their microstructures and mechanical properties. 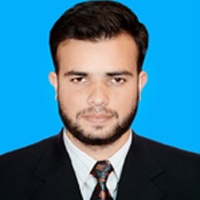 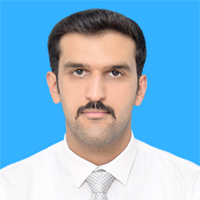 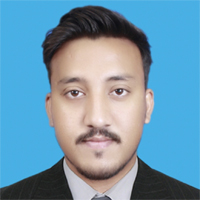