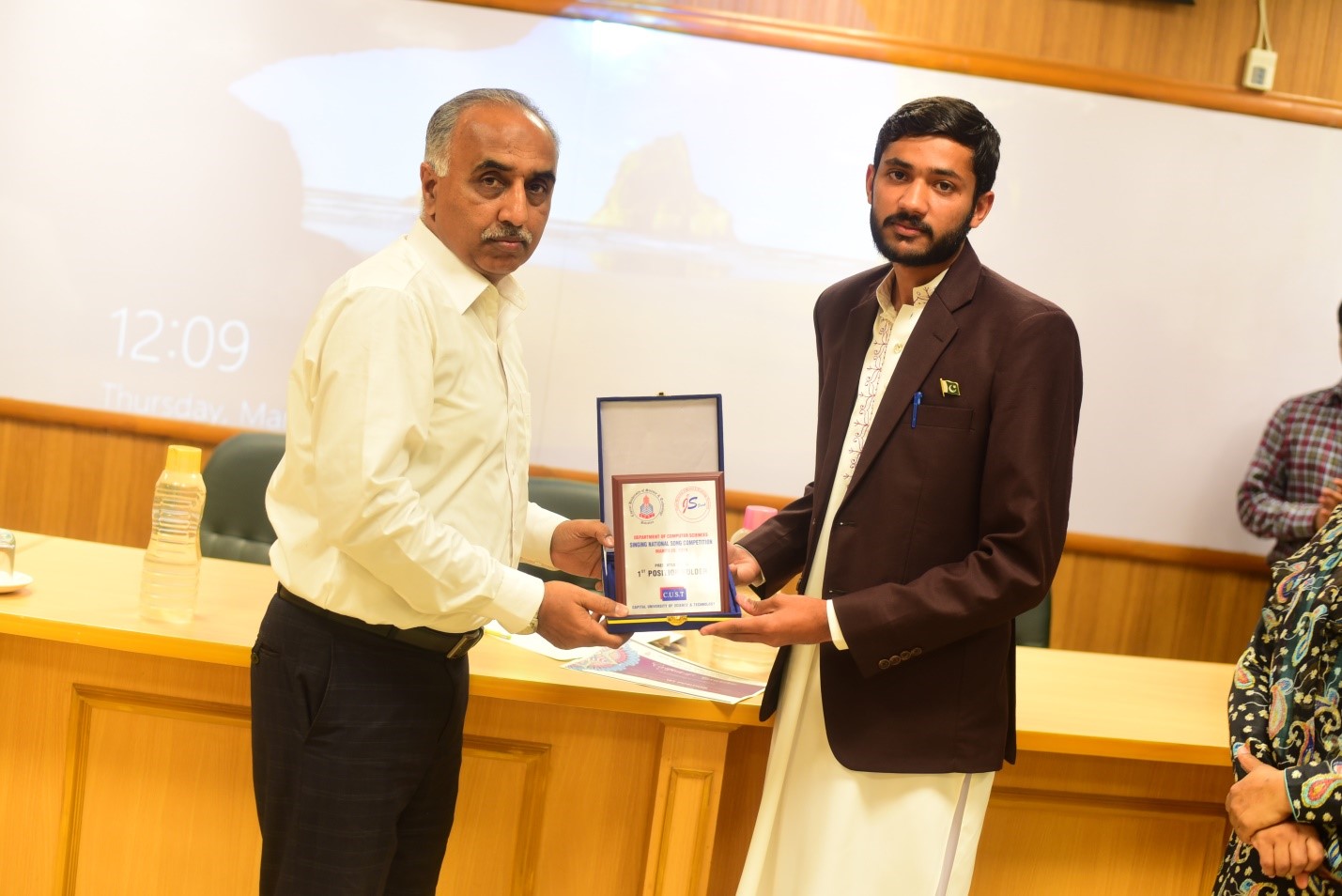 A “National Song Singing Competition’ was organized by the Department of Computer Science of Capital University of Science and Technology, Islamabad on March 28, 2019. It was arranged in recognition of Pakistan Resolution which was passed on 23rd March 1940.

Students from different departments participated and the respectable jury consisted of Ms. Asma Naz, Mr. Awais Haider and Mr. M. Asad. The event was hosted by Minahil Baber and Muzna Iftikhar. The competition was held and many students from audience as well as judges participated for the sake of encouragement of the audience in a very healthy environment.

Finally, the result was announced after the fair judgment. Dr. Nayyer Masood, Head of Computer Science Department, who was the Chief Guest, distributed shields and certificates among the position holders of the competition. Dr. Nayyer lauded that these kinds of patriotic and heart-warming activities should be arranged frequently, so that we remain closed to our roots and past.