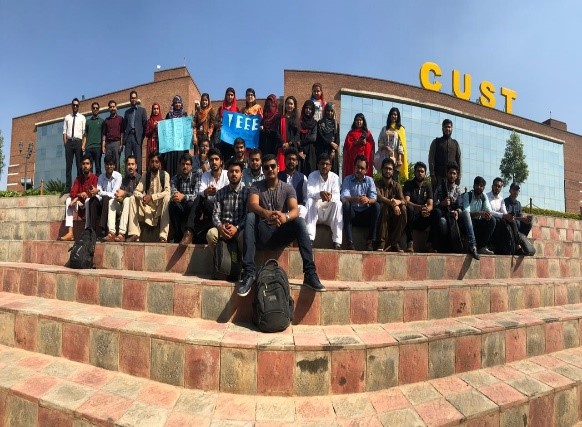 Syed Fahad Sajid gave a presentation on IEEE’s benefits during graduation and after graduation. He also enlightened his experiences which were a great source of inspiration for the upcoming members.

Afterwards, Guitar performance was given by Mr. Zeeshan making the audience delighted. Then Qazi Abdul Moqueet was called for addressing the audience and for the announcement of new EXCOM 2018-2019.

Virtual Session on Digital Marketing as an Emerging Marketing Tool