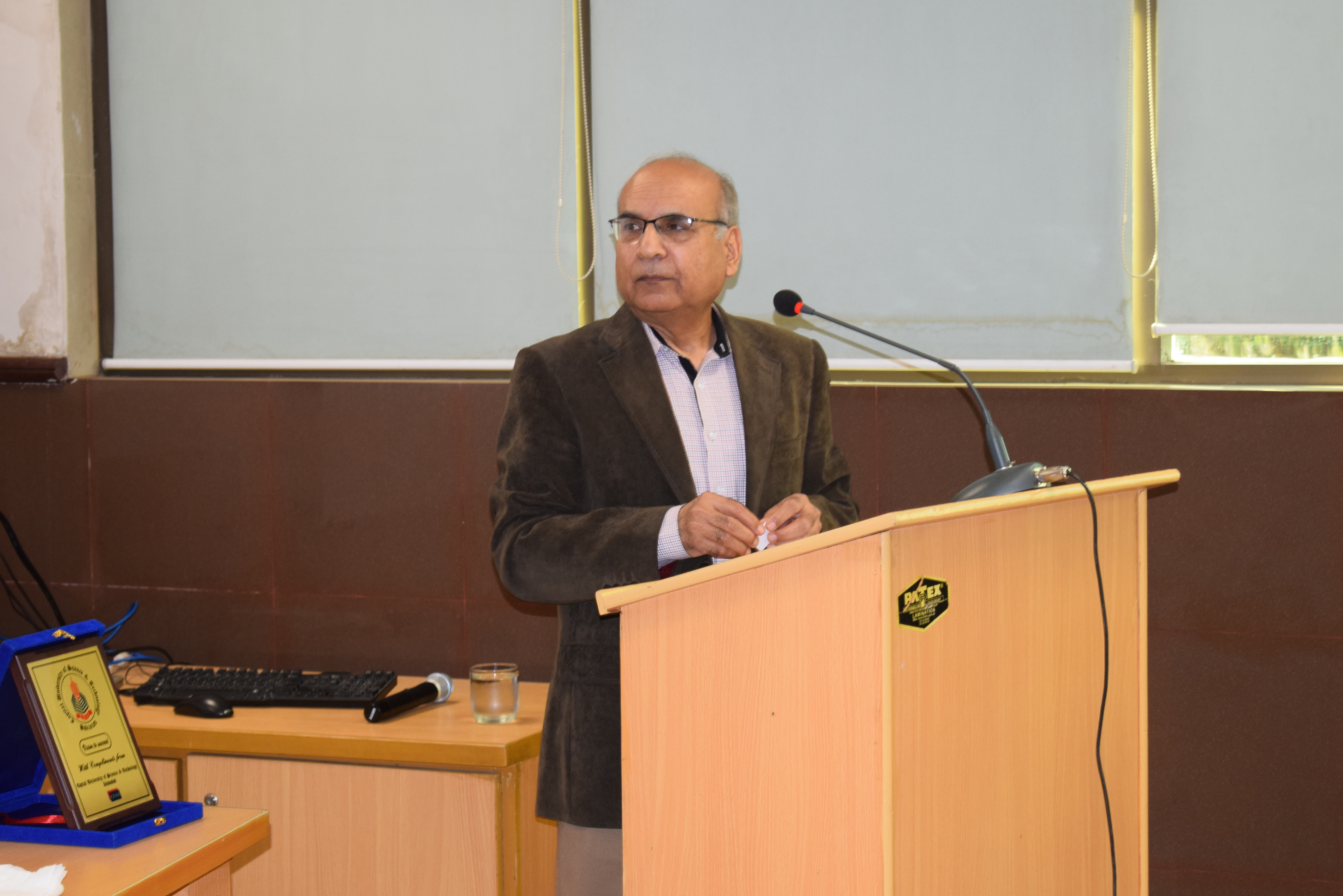 Jinnah software park society in collaboration with Capital Arts & Literacy club organized a debate competition in the honor of Iqbal Day on November 17, 2021 at the Auditorium A-1. Society Patron Arts & Literacy club, Ms. Quratulain Jalil joined as the event judge.

The event was followed by a guest speaker by the renowned poet and educationist Professor Jalil Aali (TI). During the session Professor Jalil Aali enlightened the students on Iqbal’s visions. A short QnA was later organized for the students to clear their ambiguities regarding Iqbal and his philosophies. Later on, the honorable guest speaker distributed prizes among the winners of the debate competition. At the end, Ms. Quratulain Jalil presented the honorable guest speaker with a souvenir.