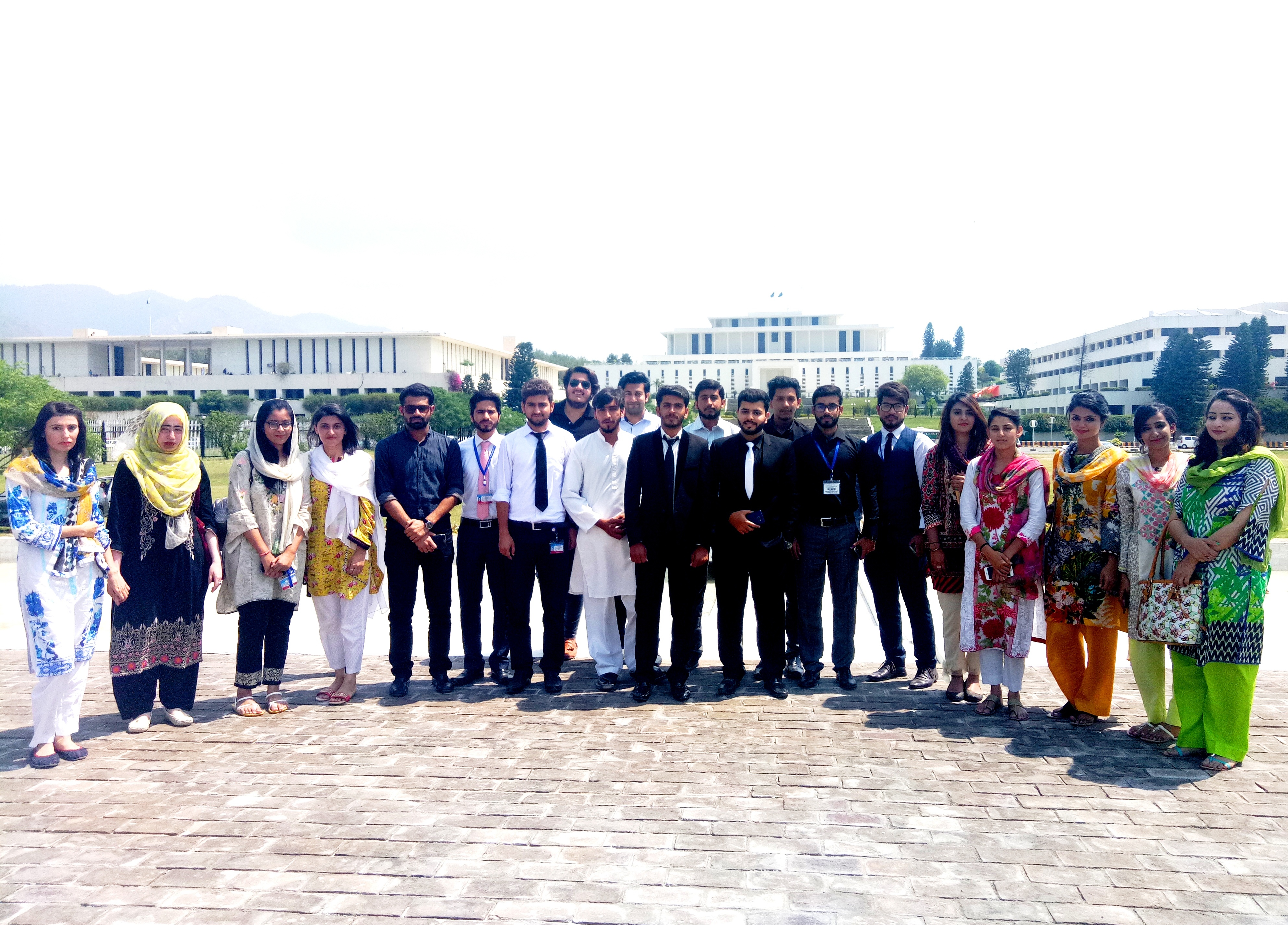 On May 09, 2018, the students from Capital University of Science and Technology, Islamabad visited the Parliament House to attend the Budget Session of the National Assembly. The trip was organized under the supervision of Ms. Samra Minhaj and Ms. Posha Arshad from the Faculty of Management and Social Sciences.